Maddie was competing in one of her usual races as a biker. A little cat stowing away from people under a vehicle left out and about on one of the routes where the final objective was located was observed by a few riders who had already finished the race. 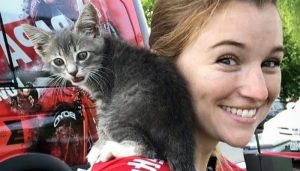 Maddie was on her way and had decided to look after the cat. Maddie had a cat when she was younger, and she enjoyed animals in general. He went onto her shoulder and stayed there, surveying the surroundings, until the young lady held the tiny cat in her arms. 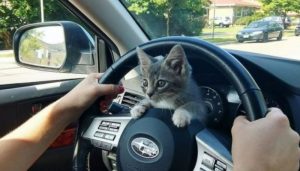 When the young lady returned home with the tiny cat in her vehicle, the kitten would have chosen not to sit on the seat and attempt to go onto the steering wheel. 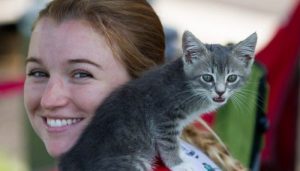 He then sat on Maddie’s lap and meowed as loudly as he could. Maddie cleaned the cat and looked after him at home, and he grew calmer and gentler as a result. 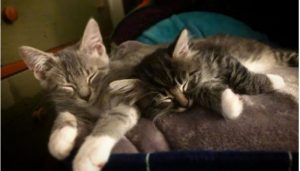 The kitten was a ball of energy that loved to have a good time. A month later, Maddie opted to adopt a second little kitten from the refuge so that it would have someone to play with. The two felines became fast buddies.