The animal world never ceases to amaze people. How affectionate and caring are they, not only to their humans, but also to each other.

There are so many stories about unique friendships between two different species. 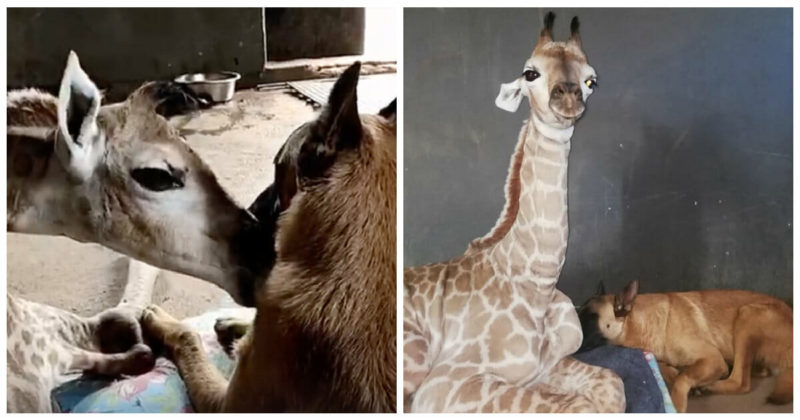 This heartwarming story is about an unlikely bond of a dog and a baby giraffe, which stole many hearts on the social media pages.

A little baby giraffe, was, unfortunately, abandoned by her mother right after her birth.

The helpless, dehydrated and weak baby giraffe would die within hours, if a farmer hadn’t found him. Soon, the orphaned giraffe, named Jazz, was taken to the  Rhino Orphanage for help. 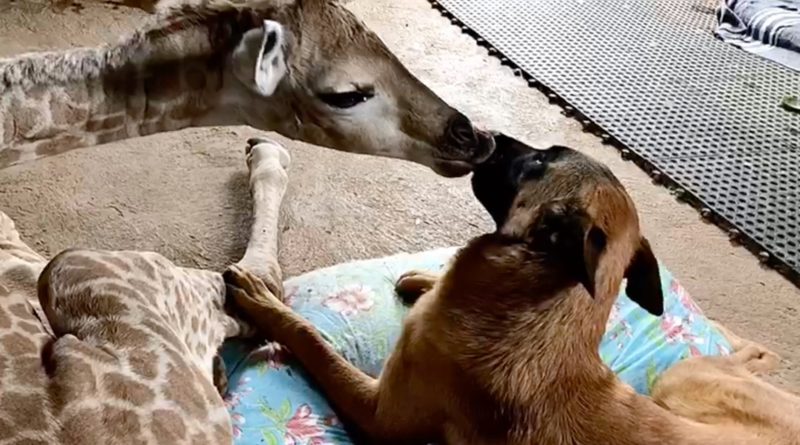 Her health condition was crucial, but Jazz showed that she is very strong and a real fighter, who managed to survive.
Jazz was so weak, that she was not able to stand on her feet, she was fed from a bottle.

The carers at the sanctuary did their best to help the poor little creature. 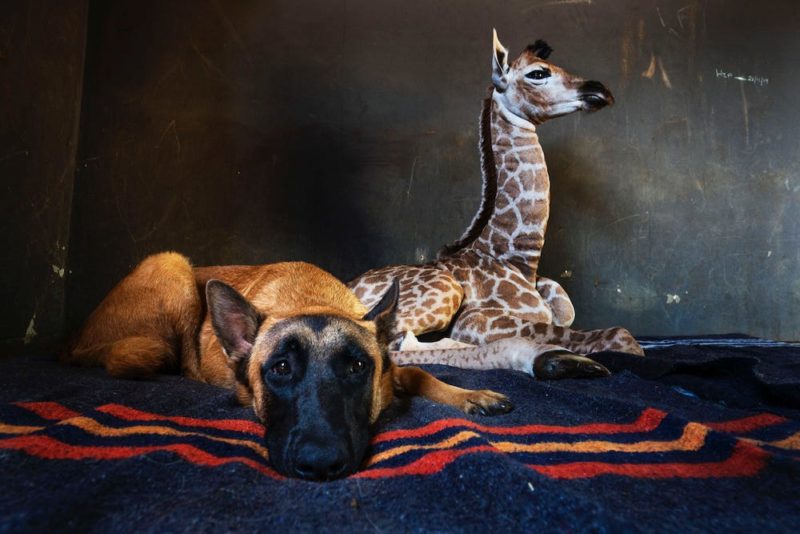 But there was another supporter and comforter at the sanctuary, whose care  and love was a big remedy for Jazz. Hunter, a lovely pup, was always next to giraffe, like her protective angel.

The dog became an adoptive parent for the orphaned baby giraffe. An incredible bond arose between two animals. 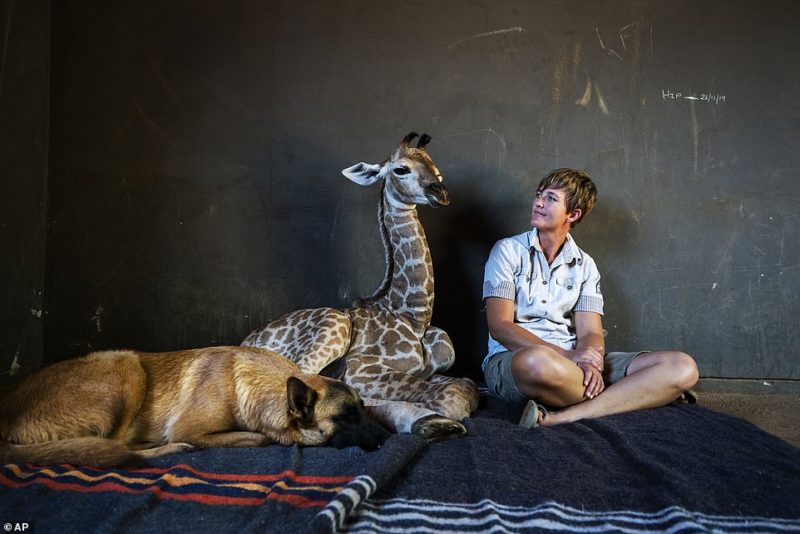 Now, Hunter and Jazz were inseparable friends. This unlikely and wonderful duo liked to spend time together.

Everyone at the sanctuary was admired with their unique and beautiful friendship.