Touching stories about pets are always a pleasure to read.

One was rescued, another itself came and stayed, in general, it is very interesting to know their stories. Another such amazing situation happened with a dog named Piglet.

He was born from a cross between a Dachshund and a Chihuahua, which had a spotted color. Their baby appeared in an unusual pink color but turned out to be blind and deaf. 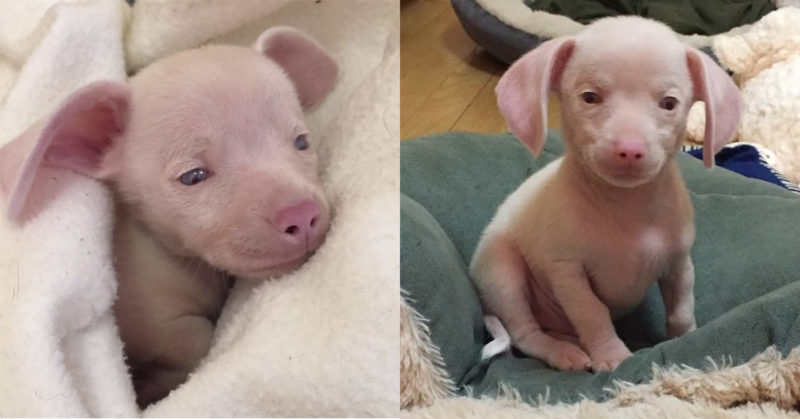 But Piglet is loved by his family and flaws never became an obstacle for him to a full life. He easily communicates with other dogs, carries a great mission and just enjoys life.

It was Piglet’s parents that provoked deafness and blindness. They both had this gene.

As it often happens, animal defenders saved the baby from an unfavorable life. At this time, he weighed only 680 grams and was already overcoming the first difficulties. 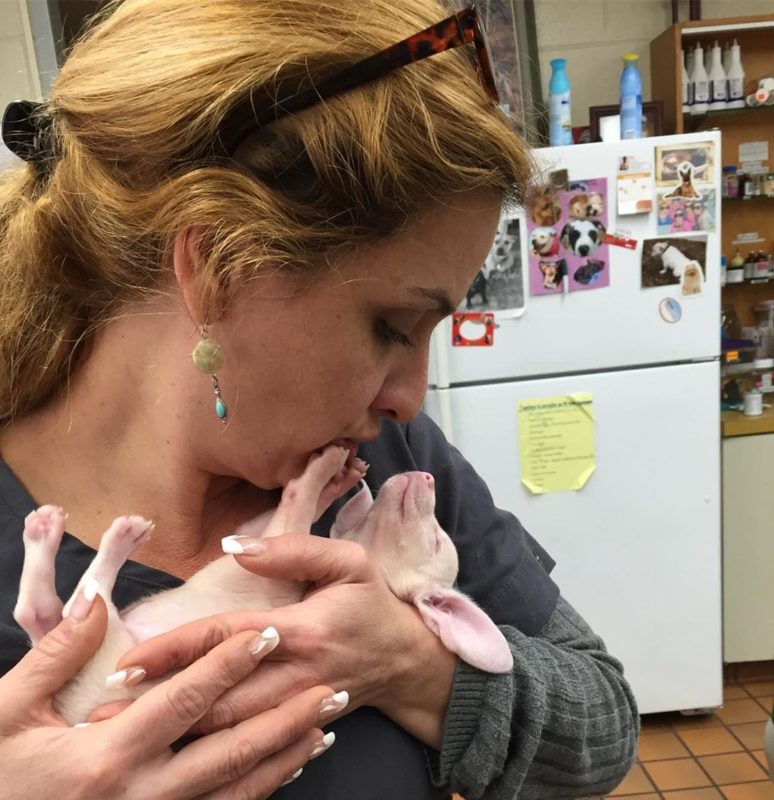 The owners, who were initially considered temporary, after two months together, could not give it away and kept it for themselves.

It took Piglet a very long time to get used to the new family. But now he loves to hug and enjoys playing with other dogs.

His owner is a veterinarian and he often goes to her workplace. They are glad to see him everywhere! He especially loves going to the bank and pet stores. This is not surprising. But recently Piglet has a real mission. 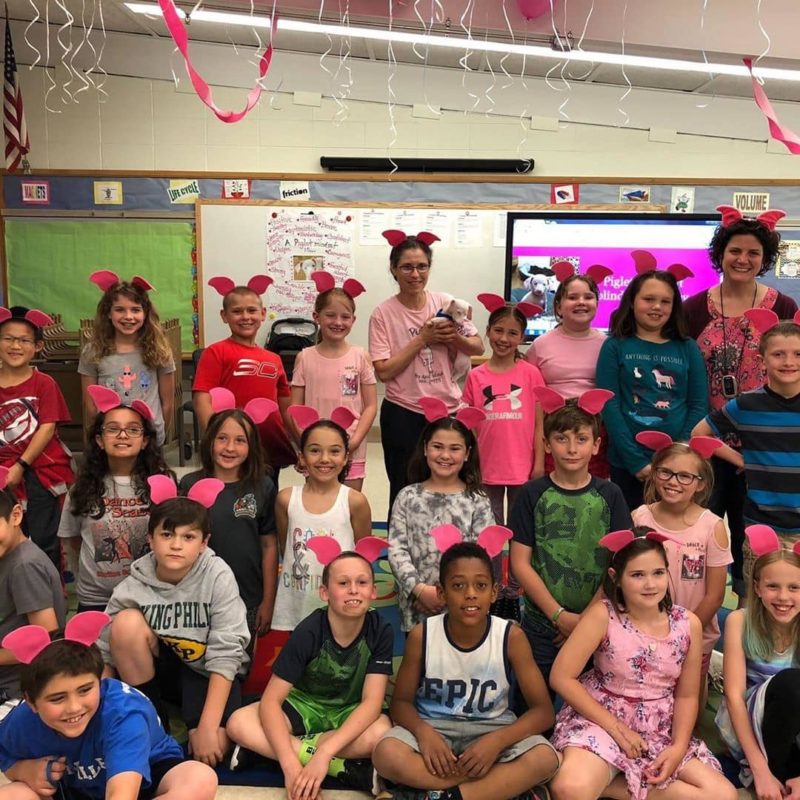 The story of Piglet was the beginning of a series of lessons in one of the schools, where they tell the story of the dog and his incredible desire for life.

They tell the children that only a positive attitude helped Piglet overcome life’s difficulties. Using the dog as an example, children are taught empathy and the important skill of accepting others as they are.