When a man, named Calvin, was driving home from work, he got this overwhelming feeling to get off a specific exit. He never took that route before but then quickly realized why he was supposed to be there. Off to the side, by the shoulder of the highway, was an injured dog all on his own. Calvin pulled over and as soon as he was about to get out of his car, the authorities showed up, writes ilovemydogsomuch

Calvin knew this wasn’t a good sign. He wanted to help the dog himself but once Animal Control got involved, there were protocols to be followed. The poor dog was petrified as the men in uniform approached him. He even tried to get away despite his injuries. 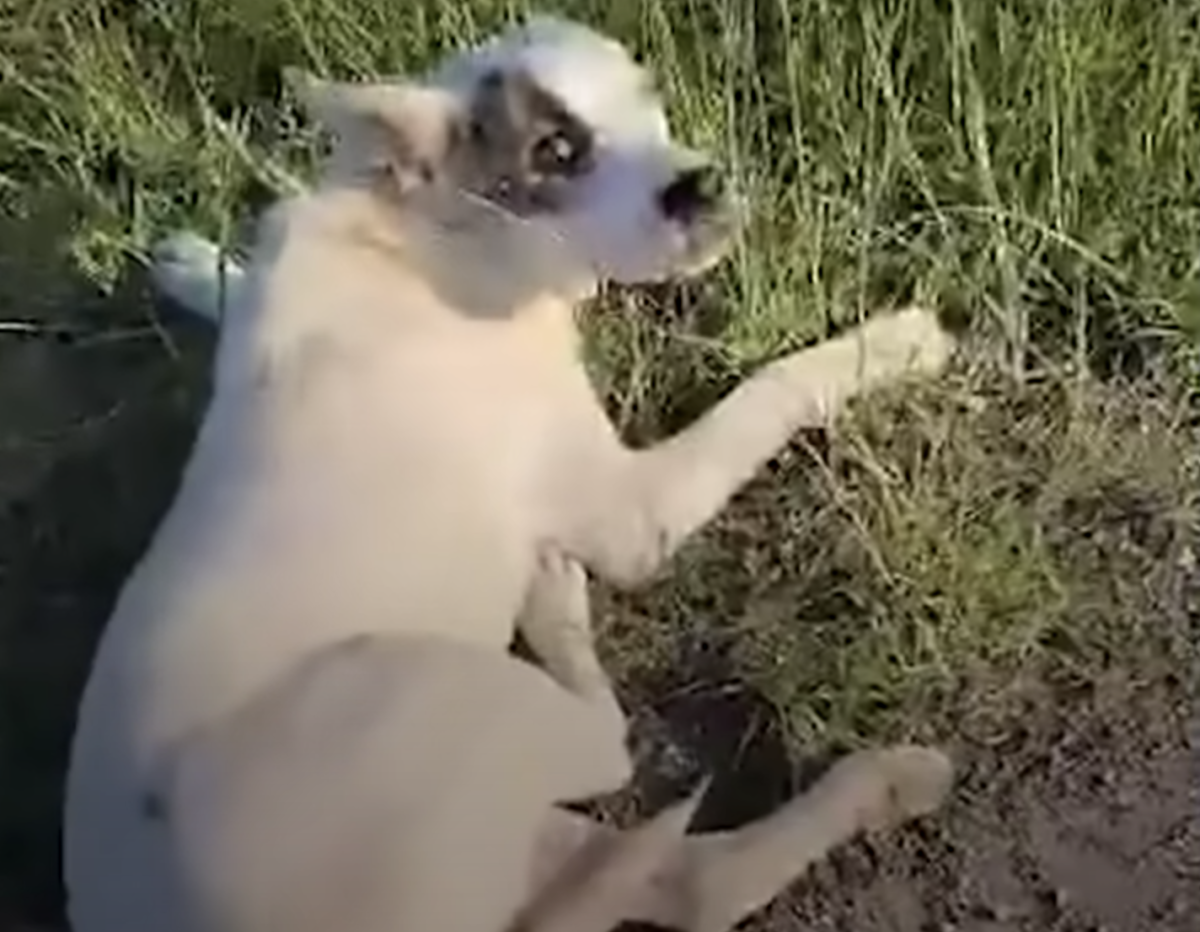 The poor dog was then taken in and put on a seven-day hold. Animal Control had to wait to see if anyone came forward to claim the dog. Calvin was visibly upset. He knew the dog didn’t belong in a cold kennel. Especially with his substantial injuries and his overwhelming fear. He just stared at the wall, hoping to disappear. 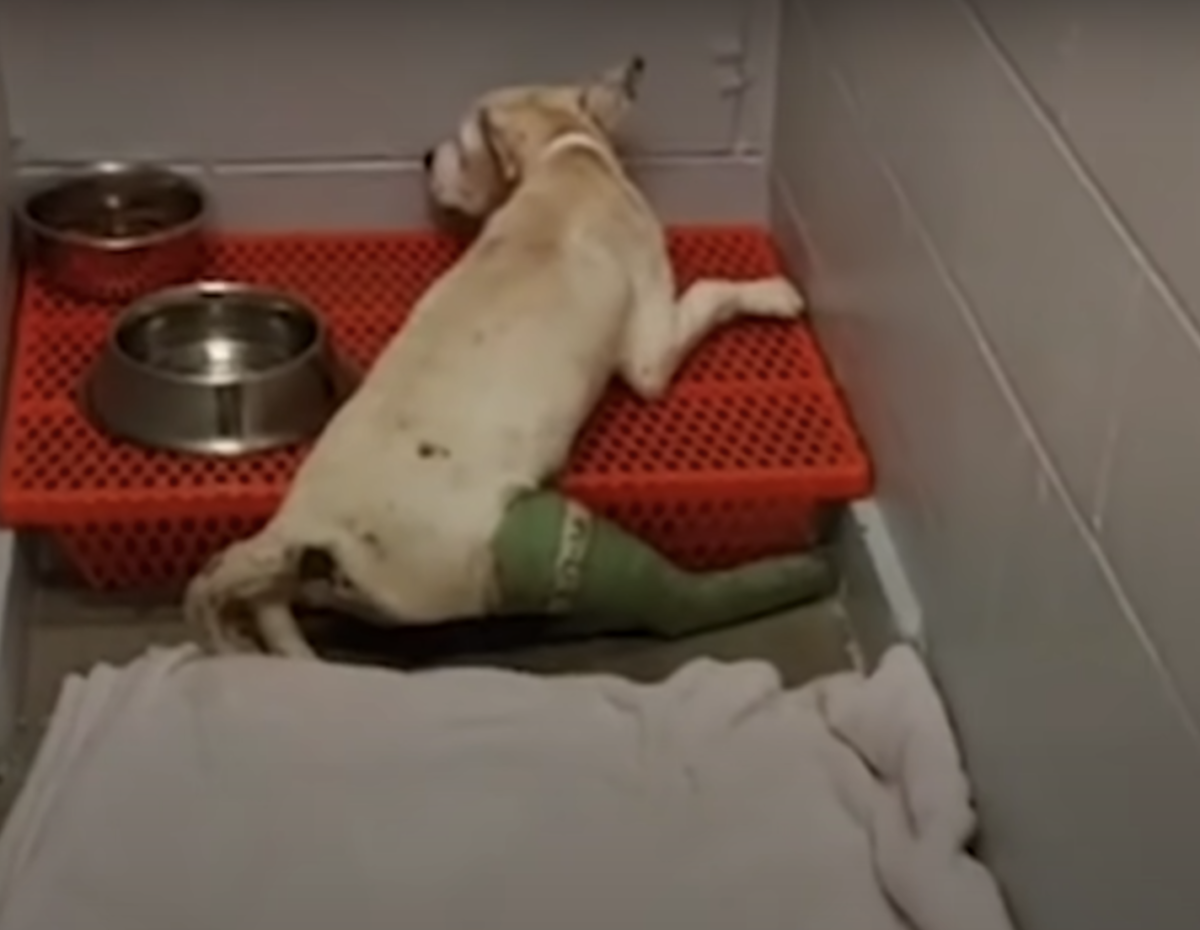 Calvin reached out to a friend, named Kendahl, who had rescue experience and she explained to Calvin that taking this dog in would be challenging. The dog was gravely injured and treating him would be very expensive.

At this point, the dog would have likely been euthanized but Calvin wouldn’t hear of it! He needed his leg amputated and Calvin decided to raise the funds for his surgery himself! Kendahl was thrilled to help as well. They decided to name the dog Ike. 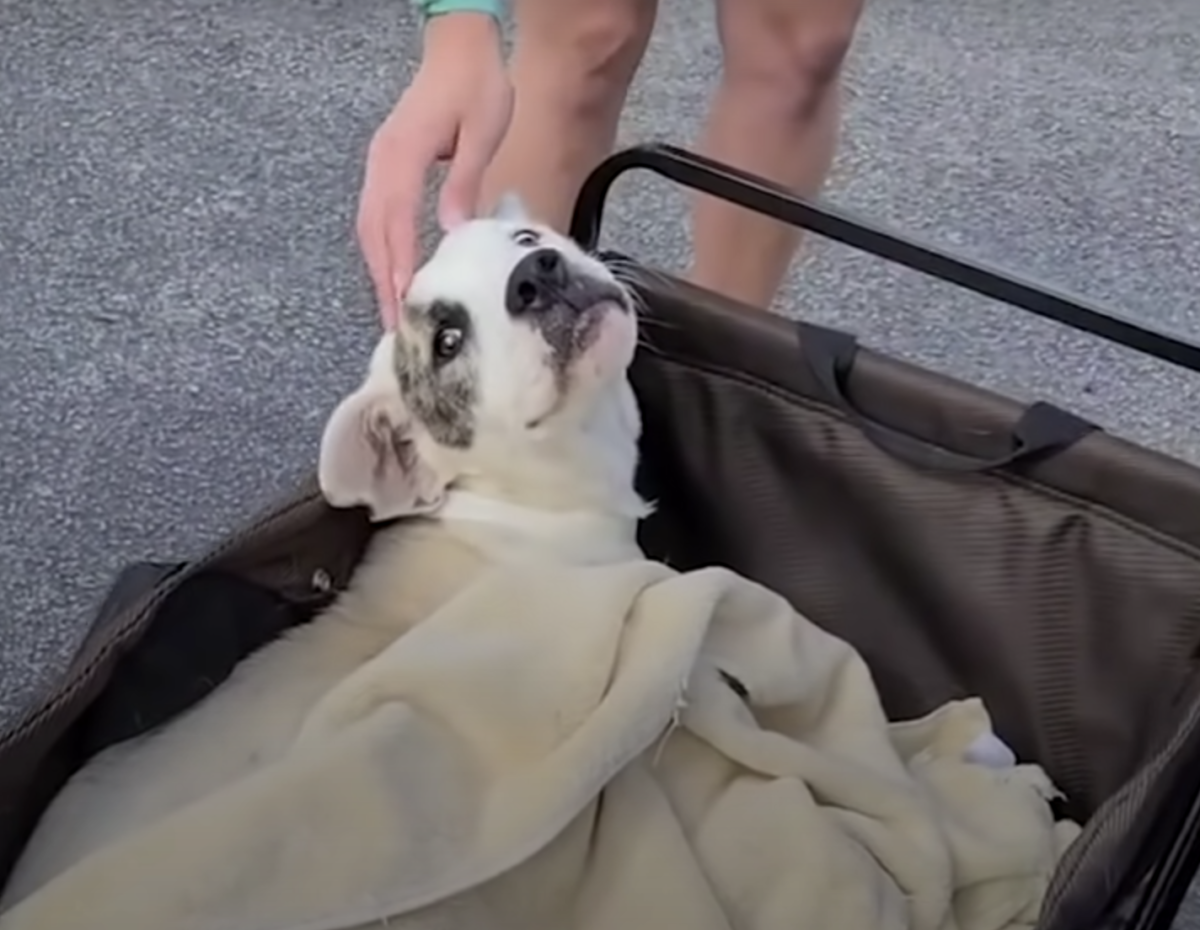 Once Ike was out of surgery, both Calvin and Kendahl were concerned. A dog like Ike needed extra TLC. His fear was debilitating all on its own. Kendahl decided that Ike was best with her, as her foster. She had the time to be at his bedside. And that’s what Ike needed most. 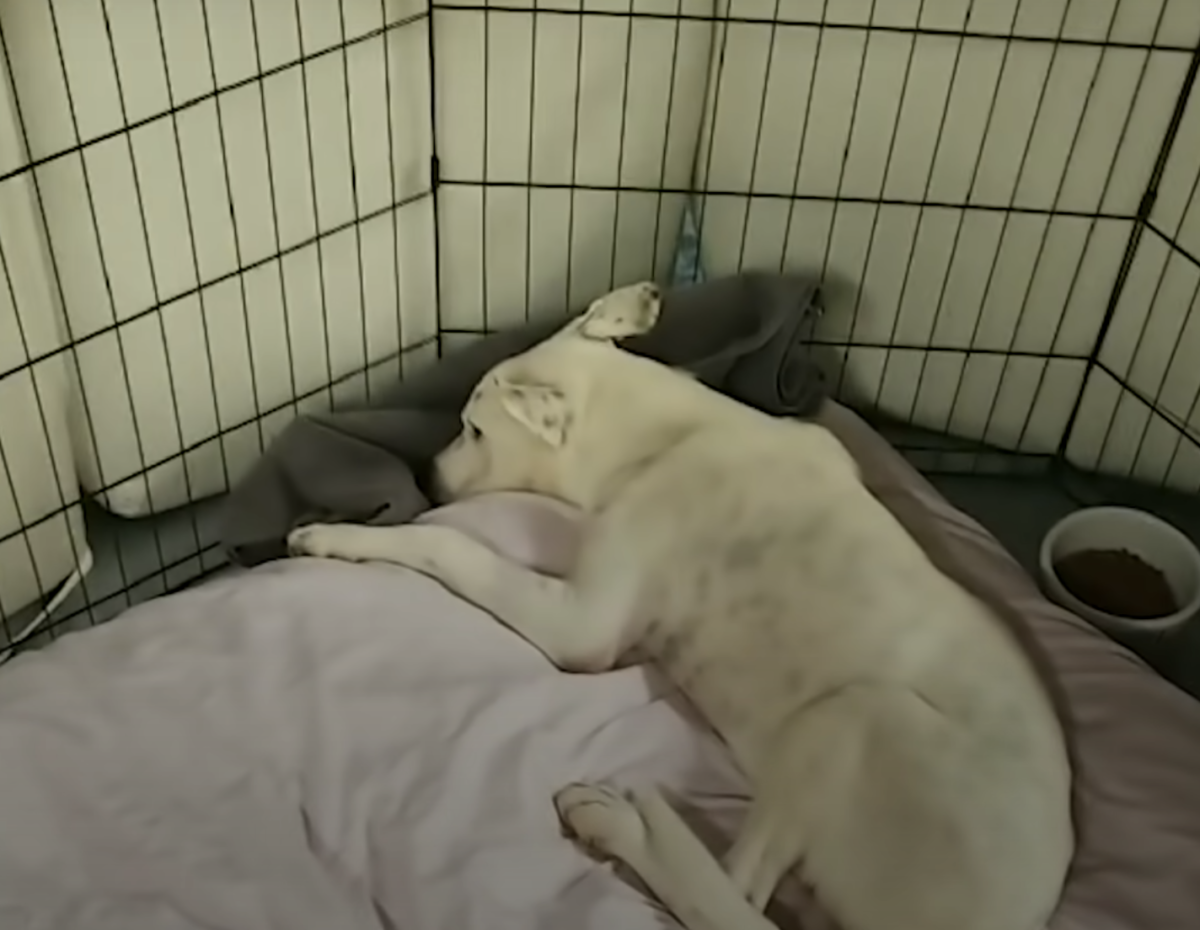 Kendahl didn’t just spend time with Ike, she worked to specifically show him that she’d never hurt him. It took effort, for sure, but Ike began to come around. Kendahl was finally ready to introduce her cat, Uno, to Ike. She expected some sniffs and maybe some tail wags. What she didn’t expect was a bond to form that would be life-changing! 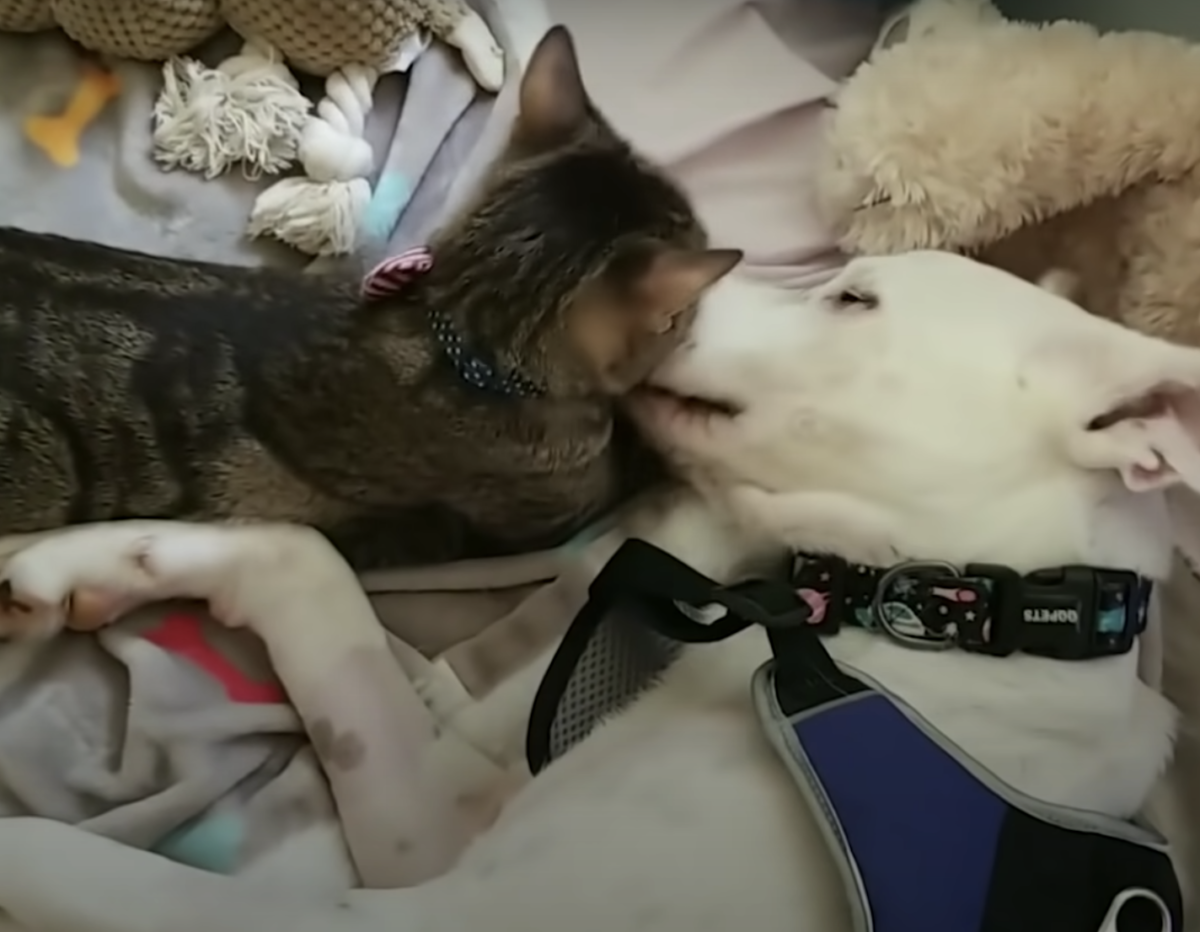 Amazingly, Ike continued to improve both physically and emotionally. Kendahl realizes that he will soon have to leave her and go to a forever home. It breaks her heart a bit but she explains that if she doesn’t foster animals and help them transition into their new lives, she won’t have room to keep doing it. While she wants to keep Ike, she knows what her calling is and that is to do what so many others can’t. To see Ike’s story and his amazing transformation, check out the video below!