From fitting a duck with a prosthetic leg to creating a 3D-printed paw for a disabled dog, we’ve seen many animals’ lives change thanks to compassionate people.Walkin’ Pets by HandicappedPets.com believe that aging, injured, or disabled pets deserve to be happy and healthy. That’s why they create custom wheelchairs for dogs, cats, and even giant tortoises.

Meet George Bailey, an 11-year-old Sulcata tortoise who was born with a metabolic bone disease. His rear legs are underdeveloped and give out frequently, making it challenging to walk as he grows. His human, Jaime Loebener, saved him from an exotic animal rescue in Knoxville, Tennessee. “He uses his front legs to pull his way around slowly and clumsily,” she reveals. “The bigger he’s gotten, the more difficult this has been for him. He currently weighs close to 70 lbs., but may grow to weigh over 200 lbs.”

Sulcata tortoises can live for around 100 years, so Loebener knew she had to help George before he became permanently immobile. She came across the story of Scoot Reeves, the very first turtle that Walkin’ Pets fitted with a wheelchair. He was run over by a front-end loader, leaving his back legs paralyzed and his shell cracked. Thankfully, Scoot is now happily scuttling along on his new wheels. Loebener reached out to Walkin’ Pets in the hopes that they could help George, too.

The talented team created a custom wheelchair for George, featuring a base with a convex support structure to accommodate the natural contour of his under shell. It also has a harness designed to expand with the tortoise as he grows, and terrain wheels for moving around in the dirt. “George Bailey may not be the fastest animal on wheels, but steady wins the race,” says Walkin’ Pets. “[He] isn’t going to be going anywhere too quickly, he needed to be comfortable and Sulcata Tortoises have a convex contour on the underside of their shell that the Walkin’ Pets engineer was able to support with additional cushioning on top of the scooter base.”

Loebener introduced George to his new wheelchair, and he felt comfortable using it right away. She says, “George’s Walkin’ Wheels wheelchair is amazing! I put George on it, and he is able to move himself around!”

Watch a video of George Bailey using his wheelchair below.

This is George Bailey, an 11-year-old Sulcata Tortoise who was born with a metabolic bone disease. 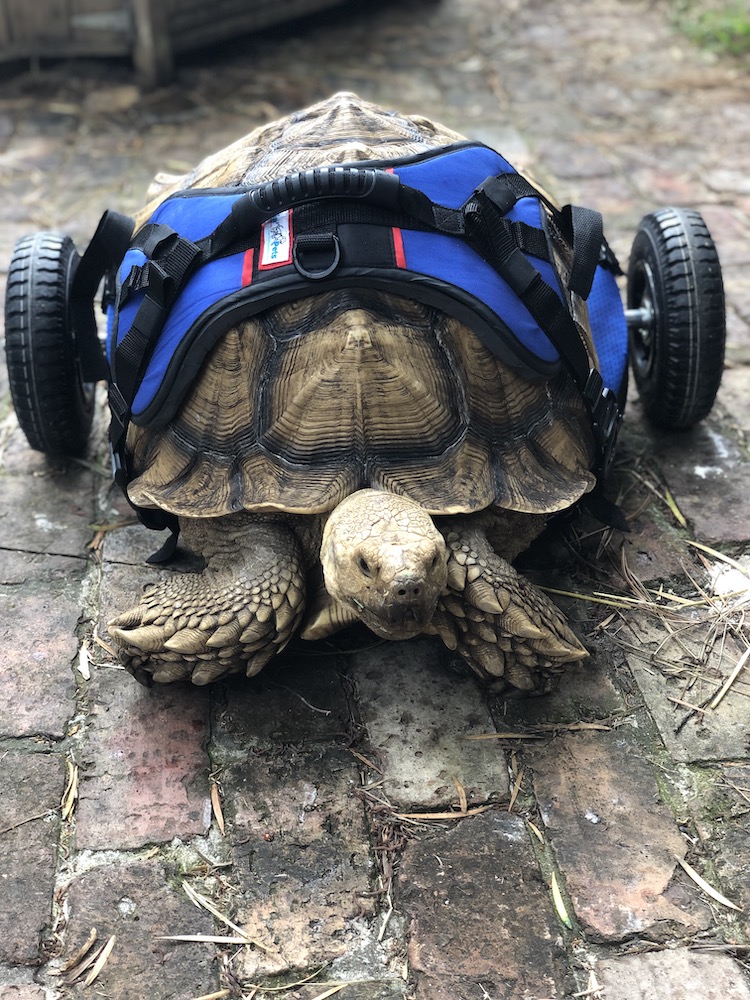 His back legs don’t work properly, so he was recently fitted with a custom wheelchair, designed by Walkin’ Pets. 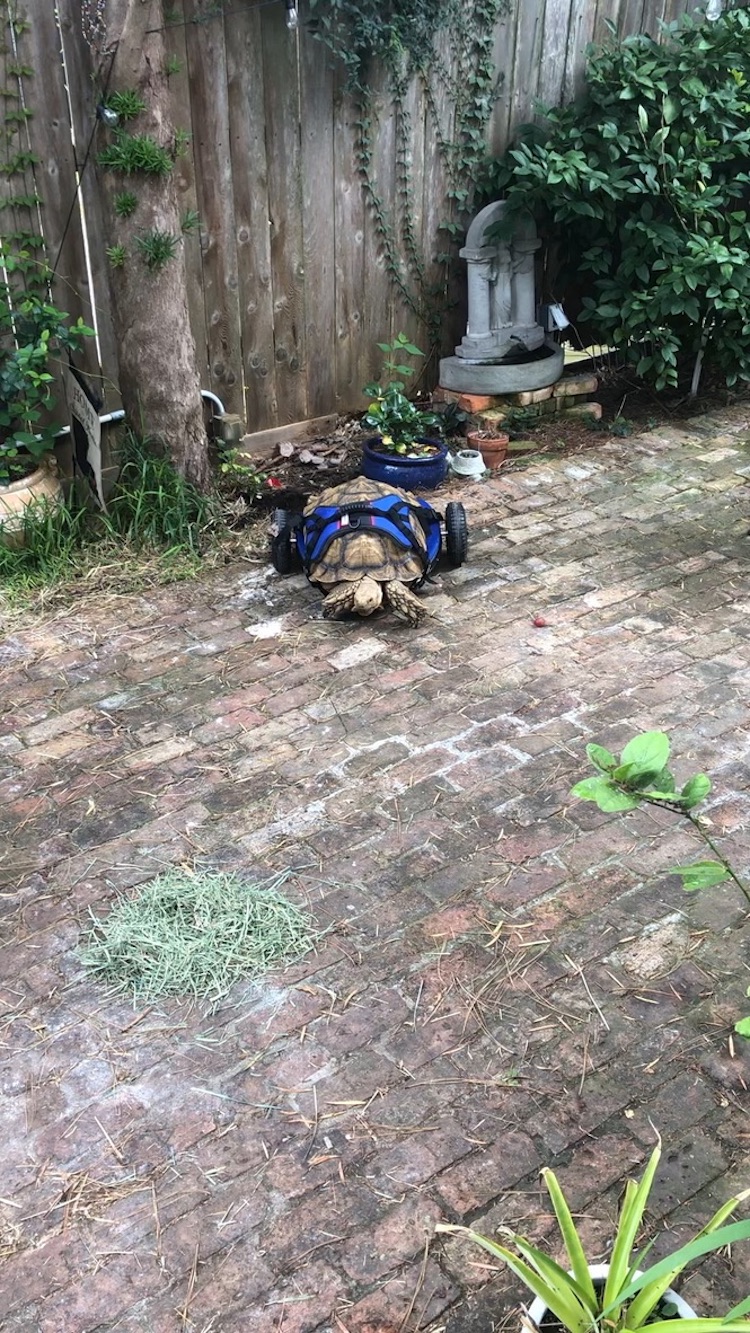 He took to his new wheels right away!