A guy named Dustin Kelly decided to get a dog and went to a local shelter to look after a friend.

All the inhabitants barked loudly, trying to get his attention.

A golden retriever named Zeus, on the contrary, silently sat in the corner of the cage, his head bowed. 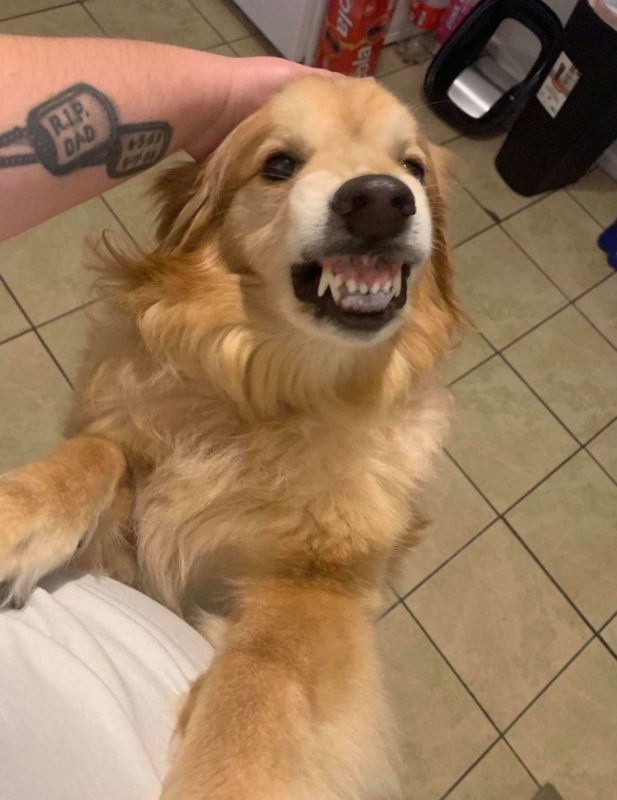 The employees of the institution told the guest about the sad fate of the dog – due to the lack of places, Zeus, whom no one wanted to take, had to be euthanized the next day.

Dustin’s heart sank, and he wanted to take the dog with him.

But in the shelter, they began to dissuade the guy, explaining that the retriever was “impossible to adapt” because of his habit of smiling strangely, showing all his teeth at once. 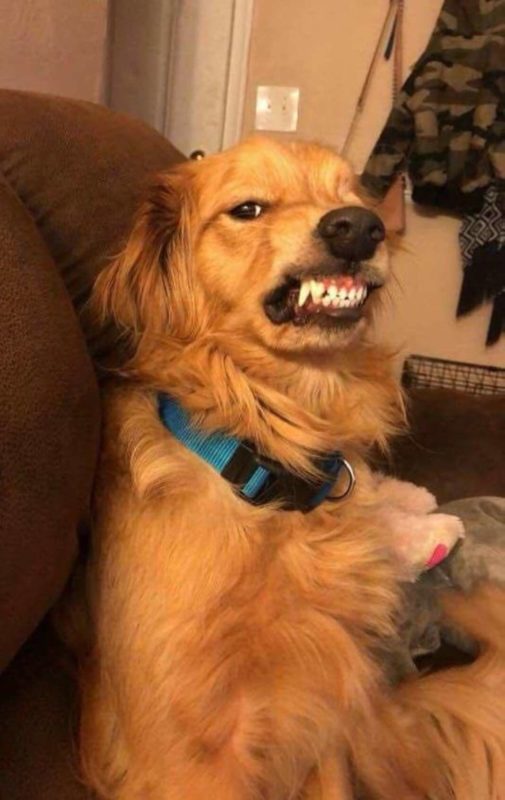 But there was something about Zeus that touched Dustin to the core. He decided to give the dog a chance for a normal life.

The guy filled out the paperwork and, together with the escort, went to pick up the pet. And then Zeus smiled…

“I’m not going to lie, I was scared as hell when I saw THIS for the first time,” Dustin laughs. 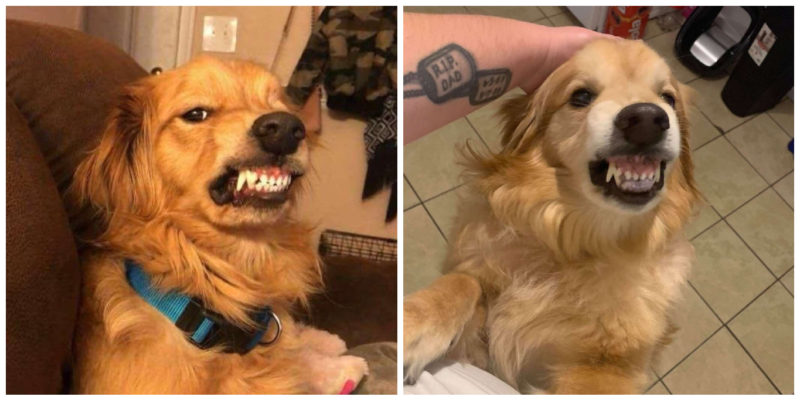 Indeed, the dog clearly did not know how to smile. He bared his teeth strangely, either trying to scare others, or, on the contrary, trying to somehow attract their attention.

However, in the new house, the mood of Zeus has changed. He was constantly sad, did not wag his tail, and did not show any interest in the owner at all.

But Dustin wasn’t about to give up. 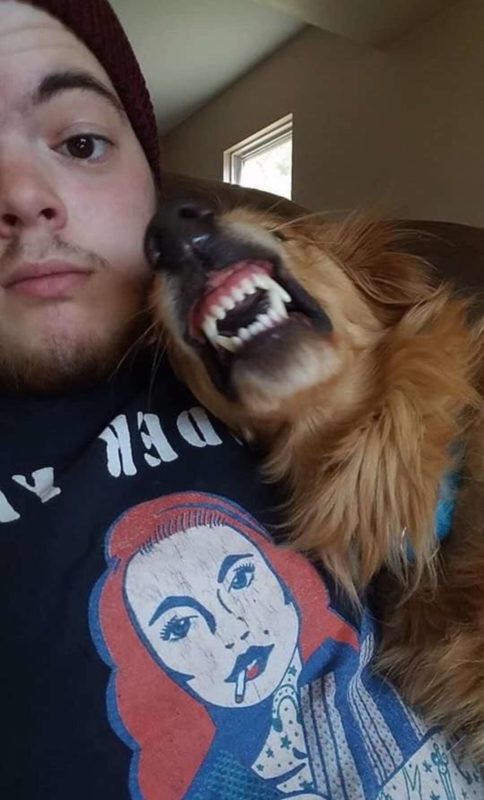 Time passed, and relations with the dog began to gradually improve.

Zeus began to trust the owner more, and his famous smile returned. But now he no longer looked like a grin – everything about this wonderful golden dog said that he was happy.

When the retriever realized that he could trust the owner, that this house could become his permanent home, he began to open up, and turned out to be a funny, carefree and even foolish creature. 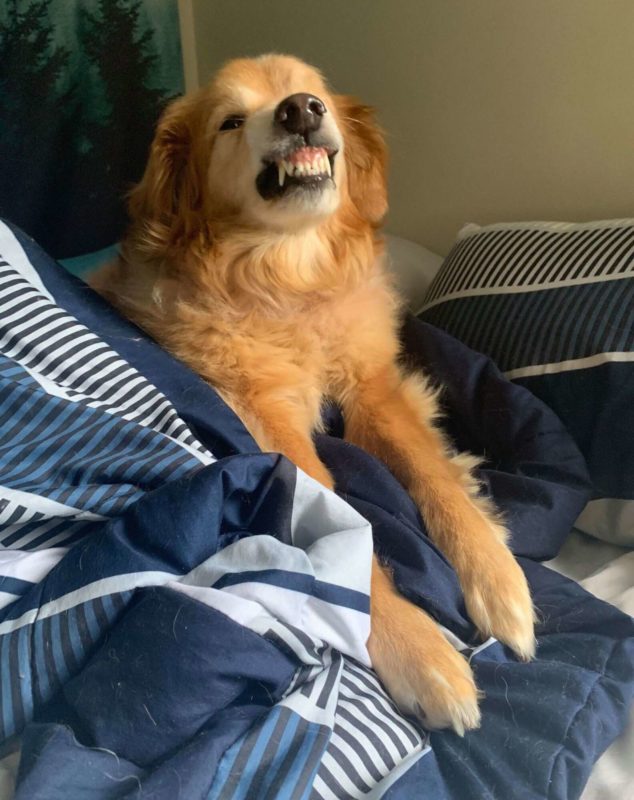 For five years of living next to Zeus, the neighbors have already become accustomed to his features.

He no longer frightens anyone – but, on the contrary, makes everyone who sees him laugh.

Everyone – from a veterinarian to a groomer – adore Zeus, and he responds to people with affection and love.

And Dustin is becoming more and more convinced that fate itself pointed him to a dog that almost left this world simply because he wanted to be happy.