Enco is a friendly, cuddly, and delightfully unique puppy who found his family forever when he was just 2 years old.
He suffers from a rare genetic mutation that makes him stand out from the crowd and causes a large black spot around his eyes.

He is a purebred Golden Retriever, usually, this breed has one bright golden color, but Enco’s birthmark covers the left side of his face. 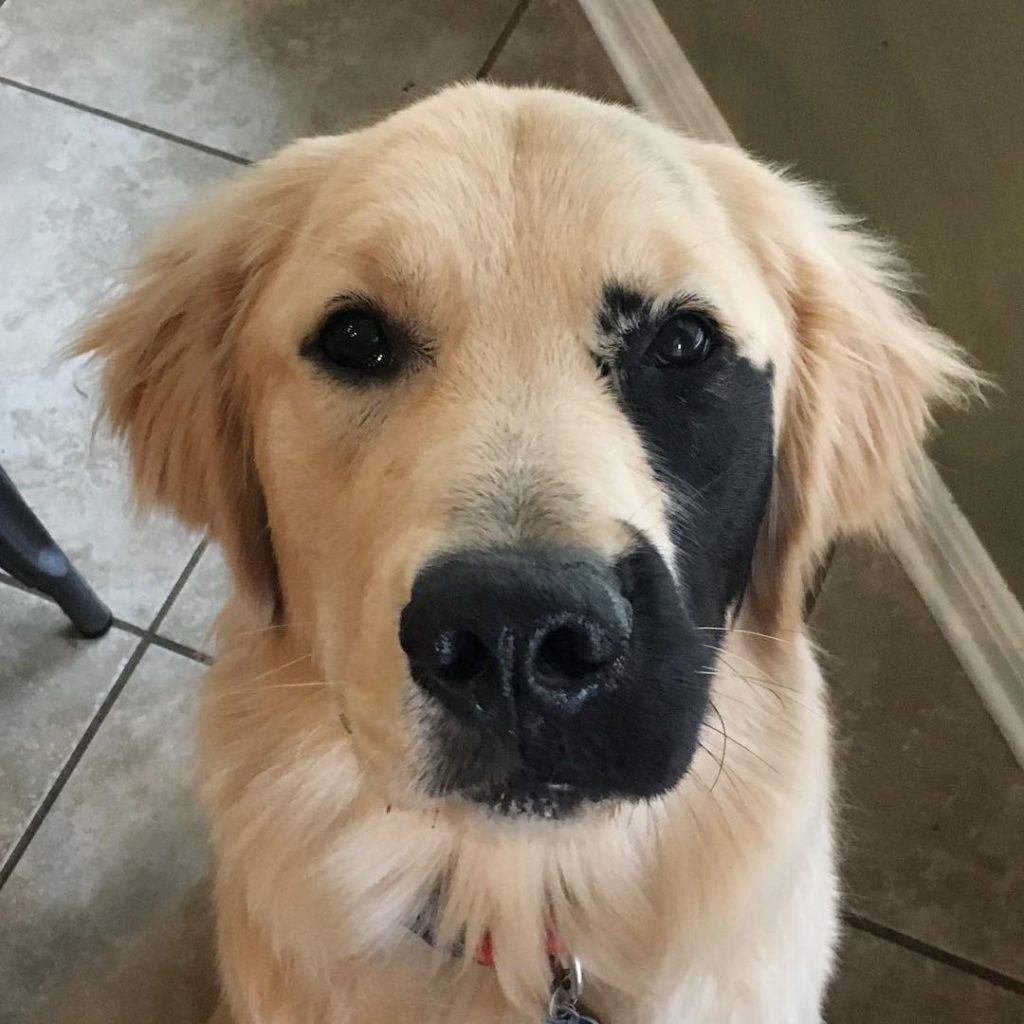 And that just makes it a little prettier! 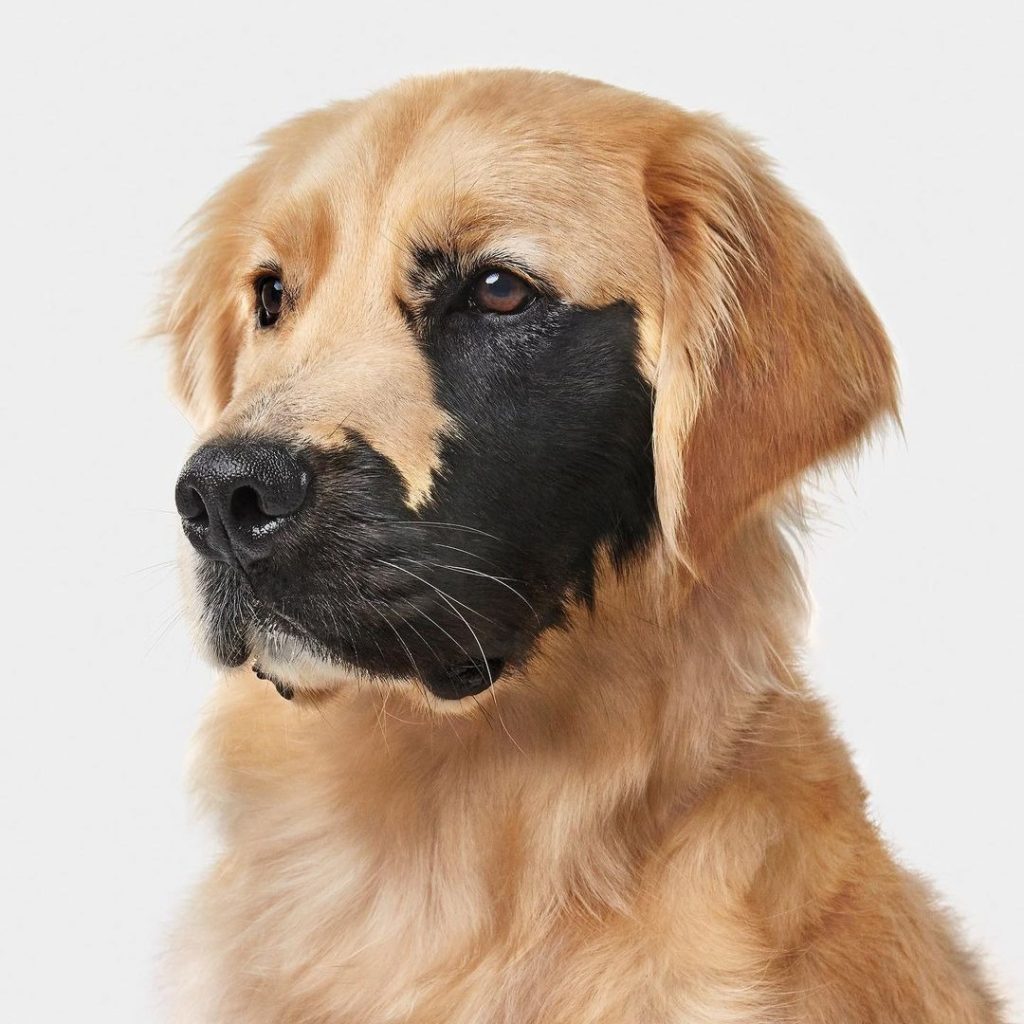 «Golden Retrievers are born with black coats, with a ‘modifier gene’ that makes them golden,» Ella said. “Almost every dog ​​has this modifier. Enco has a little hitch in the DNA that erased it on one part of his face.»
Enco’s disease is very rare and is called a pigmented somatic cell mutation.