When rescuers first saw the pit bull Pittie, she was roaming a busy highway in southeast Dallas.

There was a big scratch on her nose. In addition, it turned out that Pittie is a nursing mother. 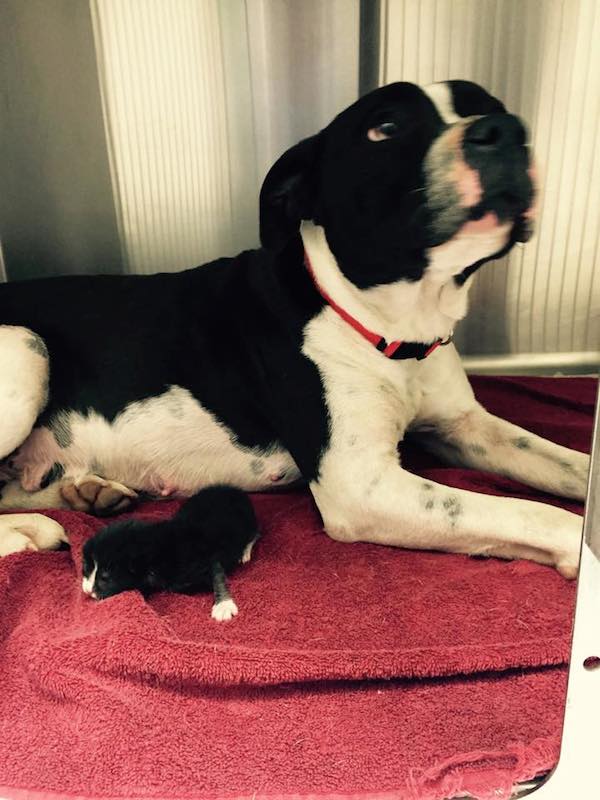 “It looks like she had puppies,” commented one of the volunteers. “Most likely, someone took them away.”

After checking the landfill, which was located nearby, the rescuers learned from the men working there that the pit bull was constantly circling near the same place.

The worker led the volunteers to the back of the dump, where they found a tiny, fluffy ball covered head to toe in mud.

But it wasn’t a pit bull puppy… It was a newborn kitten! 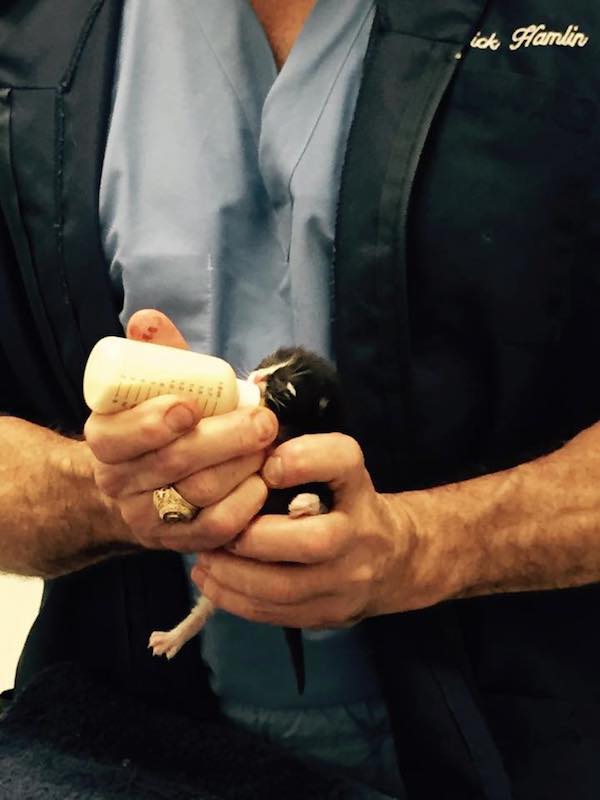 Rescuers learned that just two days ago, a local cat gave birth and abandoned her litter.

Guess who found the kitten?

Pittie, the new mother, has taken custody of the abandoned baby cat.

As soon as the dog saw her adopted baby, she sniffed and began to lick him.

The kitten survived only thanks to Pittie.

The pit bull and her baby were taken to a local shelter to be examined by a veterinarian. 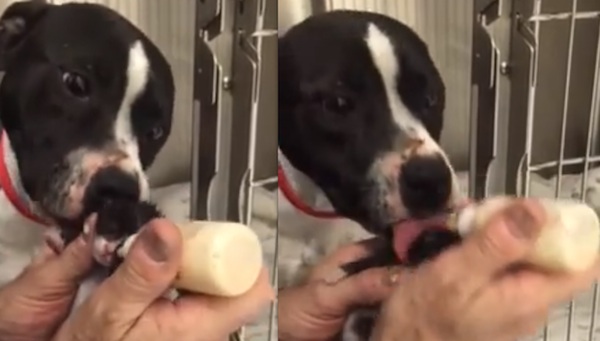 The specialist suggested that the nursing dog had a puppy, but it died or was taken away.

When the poor girl found the newborn kitten, she still had milk.

The kitten was incredibly lucky that they were found in time, otherwise he would not have survived.

Since the baby needed round-the-clock feeding, he was given to a foster family.

“When we picked up Kitty (as the kitten was called), Pittie howled, although before that we had not even heard her voice. Fortunately, their separation was not for long,” says Dr. Hamlin.

When Kitty arrived at the clinic the next morning, Pittie, bursting with happiness, cleaned her baby and carried her to her aviary. 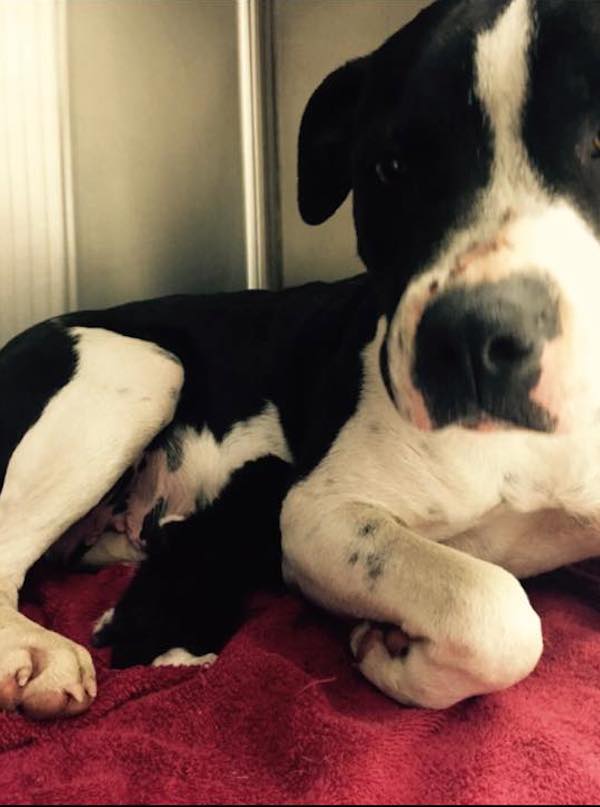 Volunteers were already considering double adoption as they did not want to separate mother and baby.

Kitty was diagnosed with a malformation in her kidneys and bladder, which was probably the reason her cat mom abandoned her.

Despite all the efforts of specialists, the kitten could not be saved.

Pittie gradually calmed down and a new home and loving owners were found for her.

Several dogs already live in the new family, so the pit bull did not get bored.

Although Pittie and Kitty’s duet was short-lived, it certainly touched the hearts of everyone who saw them together!