Photographer Laurie Wolfe from Jupiter, Florida, noticed that an owl has settled in her backyard.

The girl loves animals and has organized a special nesting place for birds. 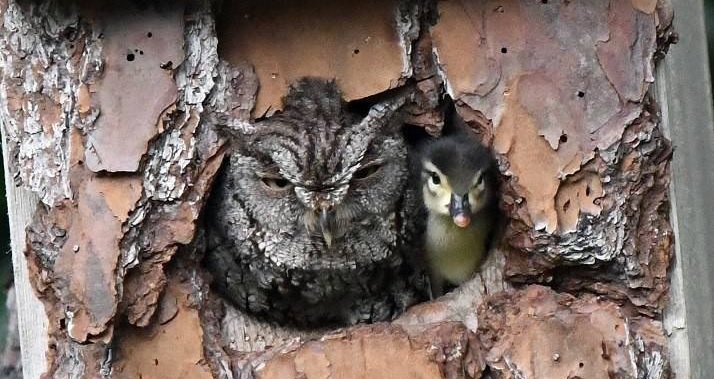 The owl occupied it – does this mean that soon it will be possible to nurse the owl babies?

After checking the nest a few days later, Laurie discovered a fluffy lump – only this was not an owlet at all.

Under the wing, a proud mother-owl warmed the yellow-black duckling. 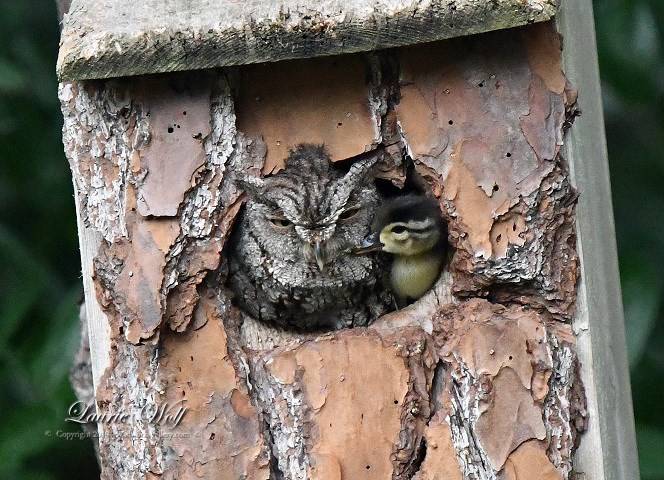 Concerned that the owl was still a bird of prey and could eat the baby, Laurie contacted a bird expert. He confirmed her fears.

The workers of the reserve located nearby agreed to raise the duckling.

But the attempt to catch the baby failed: he ran into the nearest pond.

However, after a while the duckling returned to the nest and began to call his parents there – apparently, he liked the place arranged by Lori.

How could a duckling get into an owl’s nest? 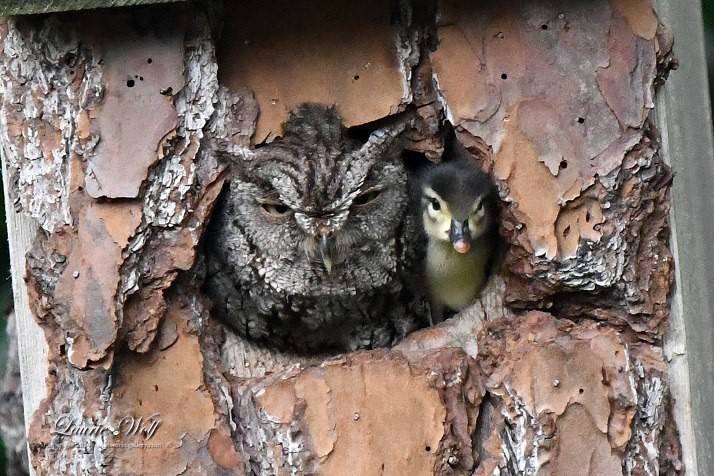 This story deserves a Netflix adaptation.

Laurie said that three weeks ago, a bird of prey attacked a family of ducks that lives nearby.

Then one of the adults decided to hide the saved egg in a safe place, which turned out to be Laurie’s nest.

And so it happened that the owl and the duckling suddenly became related.