Do you talk to your adorable pet on a regular basis? Recognize that it is very beautiful.
A police officer came upon a little owl on the street and had a lovely encounter. She was traveling down a hilly road when she came upon the little creature in the middle. She came to a halt and approached the infant. Perhaps the sweetheart had wandered off into the woods. 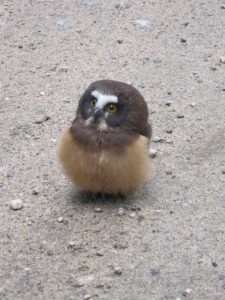 As a result, the officer began conversing with her. She pleasantly inquired, »Hey! What’s going on?» What a pleasant surprise! The tiny bird tilted her head in answer to the inquiry, which surprised the mother. It was both fantastic and hilarious. As a result, the woman said, »Hello!» and the small creature’s response was as endearing as ever. This talk was a lot of fun. 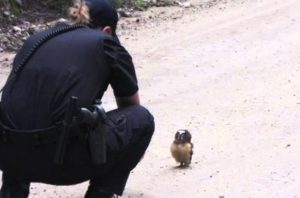 The officer then waited until the beautiful bird had safely crossed the road and found its way to the woods. 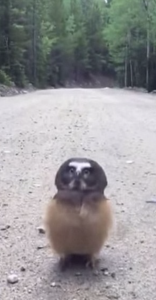