They become parents even to other animals’ babies.

So one kitten, who cared for other newborn kittens, was named the most responsible kitten in the world.

Rescuers from Kansas City found a six-week-old cat in the company of three newborn kittens. 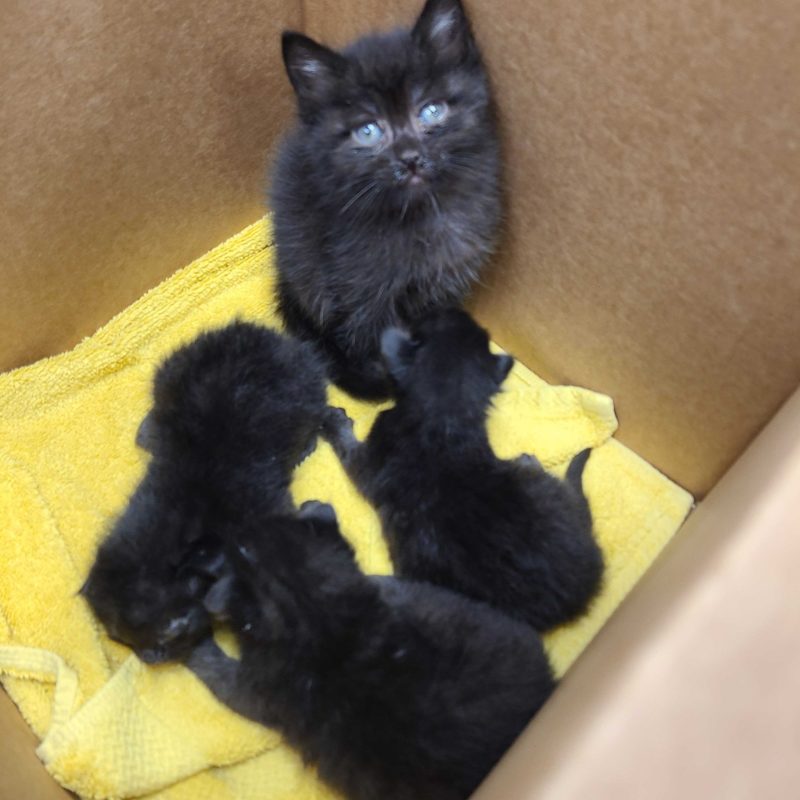 The person who found them says that the adult kitten looked after the younger ones.

Nobody knows if they are siblings or what happened to their mother. However, the older kitten took his job very seriously.

KC Pet Project called it the cutest thing in the world.

They formed such a wonderful family that no one dared to give them to different families.

Therefore, the decision was made to send them all to one family until they were ready for adoption.

The eldest kitten was named Binx, while the younger ones were named Ziggy, Frankie and Ollie.

Despite the fact that kittens by nature need mother’s milk, they felt great without feeding. And it’s all thanks to the care of their older brother.

Even being in a foster family, Binx continues to take care of the kids.