Shurachet Klaevkala, a Thai resident, went to work one morning like he did every day. His walk took him through the recently constructed construction area, where he could hear a faint wretched whine. The sounds emanated from a little mud well, which the man listened to. When he peered inside, he noticed strange animals writhing in the muck. 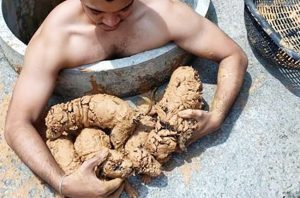 Above all, the strange tiny creatures resembled rats. Or mongooses in their infancy. Shurachet went into the borehole and hauled all five out into the light because it was hard to see under the mud. Then it was shown that these were ordinary puppies, but that they were so coated in muck that they had already transformed into living statues, unable to move. 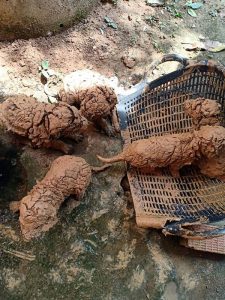 Shurachet thought as he scrubbed the dogs out of the deep mud: how did they end up there? The puppies were teeny-tiny. It’s conceivable they were just a few days old at the time. A mother dog can pick a secret spot for a den, not realizing that the well would be filled with muck after the rain. By the way, she wasn’t around, and the pups’ stomachs growled regretfully. Their death in the dirt must have been acknowledged by the dog, who then abandoned them. And the man made the decision to finish his assignment. 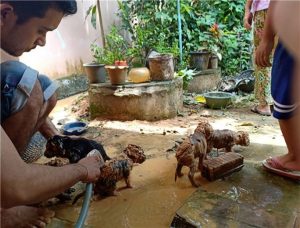 Pure dogs proved to be enchanting pussies, as well as lively and flattering monsters when well-fed. Shurachet’s entire family was aware of his actions at the time, and they assisted him in caring for the puppies. The family opted to keep the tiny cuties for themselves later that evening, believing it was a positive sign! 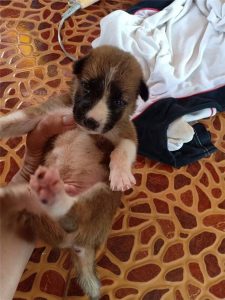